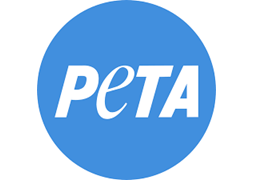 People for the Ethical Treatment of Animals (PETA) is dedicated to establishing and protecting the rights of all animals – no matter how large or small they may be. PETA’s motto is “Animals are not ours to eat, wear, experiment on, use for entertainment, or abuse in any other way.”

Donations have been critical to PETA’s landmark victories, which have improved the lives of millions of animals around the world. With our international affiliates, PETA is a powerful force for change. A few recent examples of progress include the following:

Together, we can make the world a better place for all living beings. Your donation will go to work immediately to help animals suffering on factory farms, in the fur industry, in laboratories, and in circuses and other forms of entertainment.